The price of South African wine

Every now and then on social media, someone pops up and says that South African wines are too cheap. They should cost more. And the suggestion is often made that the reason they don’t cost more is cultural cringe: South Africans, in some way, don’t have the confidence to price their wines high enough.

Let’s explore this a little. There are a number of issues here. First, is why do wines cost what they do? The second is that there are inexpensive South African wines, and there are expensive ones: are they all too cheap? Do they all offer genuine value? And the third is, is there really cultural cringe? 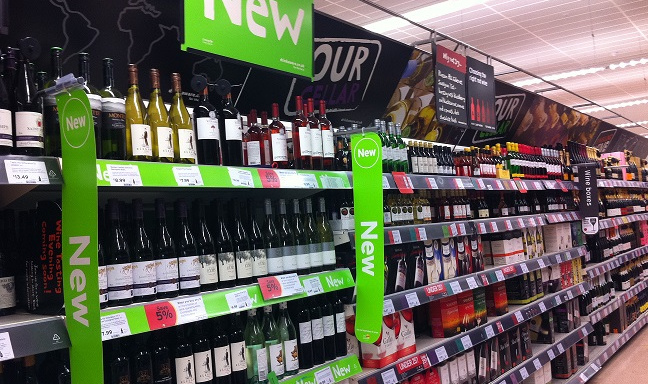 If we are going to explore this issue properly, we also need to segment the market a bit. Here in the UK there are a lot of inexpensive South African wines. Pop into Tesco, Morrisons or Sainsbury’s, for example, and you can pick up a tasty wine for £6-8. In their price peer group, these wines will perform well and offer value for money. The price of these wines isn’t really all that flexible. They are often made in large quantities and at that end of the market, the producers need the retailers more than the retailers need them – it’s their only route to market. If they put their prices up, then they’ll get delisted by the buyers, who know that they can, for example, sell 100 000 bottles of wine X at £6, but only 1000 bottles of the same wine at £8. This issue isn’t unique to South African wine, so it’s not really the segment of the market we are talking about here. [As an aside, Tesco has a South African Chenin Blanc for £3.79 which they describe as an Aldi price match: no one can make any money selling a wine this cheaply.]

Why do wines cost what they do? On one level, they cost a certain amount to make. Producers have to either be sitting on a substantial asset (they already own the vineyard) or they are paying money to the bank on the vineyard they bought, or they are renting the vineyard, or they are buying in grapes. Farming costs money in labour, equipment depreciation, sprays and maintenance. Then they have a winery with expensive kit that is only fully used for a few months a year. Then there are dry good costs and power. It all mounts up, and if all this is divided by the number of bottles made each year, then the producer can arrive at the production cost. [Of course, it’s possible to make wine without owning anything, buying grapes and then paying for contract winemaking – or even just buying bulk wine on the spot market and getting someone to bottle it for you.]

Another way of looking at it is this: a wine costs what it does because there are customers out there willing to pay that much for it. From this perspective, the rules of supply and demand come into play. The wine has a market value that is determined by demand. If demand exceeds supply, the market value goes up. It also works the other way, of course. Ideally, a producer will price their wine such that they hit what the market will pay. Some price their wines below what they’d fetch on the open market: if a wine is released and sells out immediately, there’s an indication that it’s priced below market value. You get the picture.

I remember the first time I went to South Africa, and the food and wine seemed very cheap indeed. This was back in 2003, and the strength of the pound relative to the Rand meant that doing things in South Africa that would be ruinously expensive in the UK felt well within our financial range – like eating at the best restaurants and ordering the top wines, rather than just the wines at the beginning of the list. The Rand has fluctuated a bit, but even today, South Africa does feel very affordable

How much do South African wines cost in South Africa? A browse through the website of one of the country’s top retailers, Wine Cellar, is instructive here. Most of the serious action for wine geeks seems to be in the 250-500 (£12-24) Rand price bracket. Here you can drink world class wines. These wines would, to a South African, seem quite pricey – you can actually get quite nice wine there for 100-150 Rand (£5-7.50). And here we come to the hub of the issue why some people think South African wine is underpriced. It’s because most producers rely on the domestic market to some extent, and add an importer’s margin and the usual retail/restaurant margin in the UK, and they still feel very affordable when compared with wines from other countries at a similar quality level, although this is, of course, hard to be precise about.

This isn’t cultural cringe: it’s just a reflection that fine wine is cheaper in South Africa, because many things are a bit cheaper. Compare this with fine wines from California, for example. To a Brit travelling there, they seem really expensive. But the domestic market for these wines will pay that much for them. Bring them over to the UK with normal margins, and suddenly they look absurdly expensive.

What about more expensive South African wines? There are quite a lot of them over 1000 Rand (£48) now. They get to be this expensive for two reasons. The first is because there is genuine demand, and producers are charging a lot because there is a queue of people lining up who really want these wines, and have the means to pay for them. If these prized bottles were sold more cheaply, then they’d often be flipped on the secondary market and someone else would make the margin other than the producer. The second is because of ambition, or ego, or plain cheek: a producer wants to make an icon wine, so they slap a huge price on it – and then the market decides whether or not the wine passes muster at that elevated level. Of course, we don’t get to learn that a producer has struggled to sell their icon and is sitting on stock. Even if they do struggle to sell, they can act as marketing for the producer. Even those who decry the absurd cost of such wines are giving a name check to the producer.